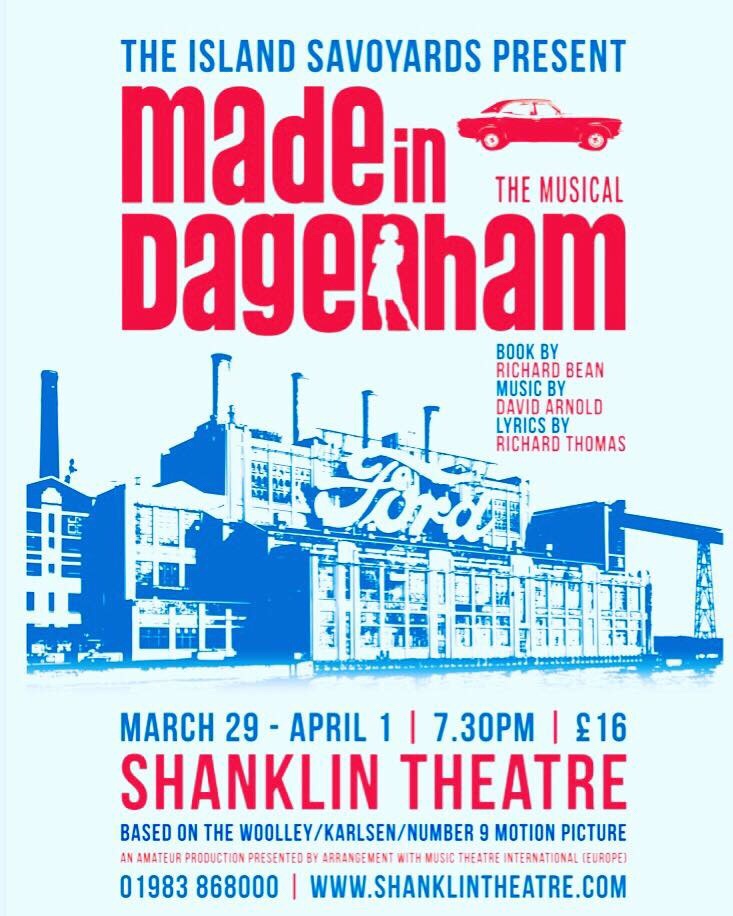 Revolutionary spirit was alive and well at Shanklin Theatre last night for The Island Savoyards’ production of the 2014 musical Made in Dagenham, directed by Anthony Wright with Andrew Woodford as Musical Director.

Based on the events of the 1968 Ford sewing machinists’ strike, the musical was the creation of David Arnold, Richard Thomas and Richard Bean, and follows working mother Rita O’Grady, along with her friends and family, as they fight for equal pay for women.

Made in Dagenham is one of those musicals that can truly be called an ‘ensemble’ piece; with so many colourful characters that run throughout, it’s impossible to single out just a few of them, so buckle up! This could be a lengthy review!

Leading the fight as Rita O’Grady was Harley Mackness, who knocked every number out of the park; in particular, ‘We Nearly Had It All’ and ‘Stand Up’ were highlights, and her energy, expression and sensational vocals had the audience captivated. 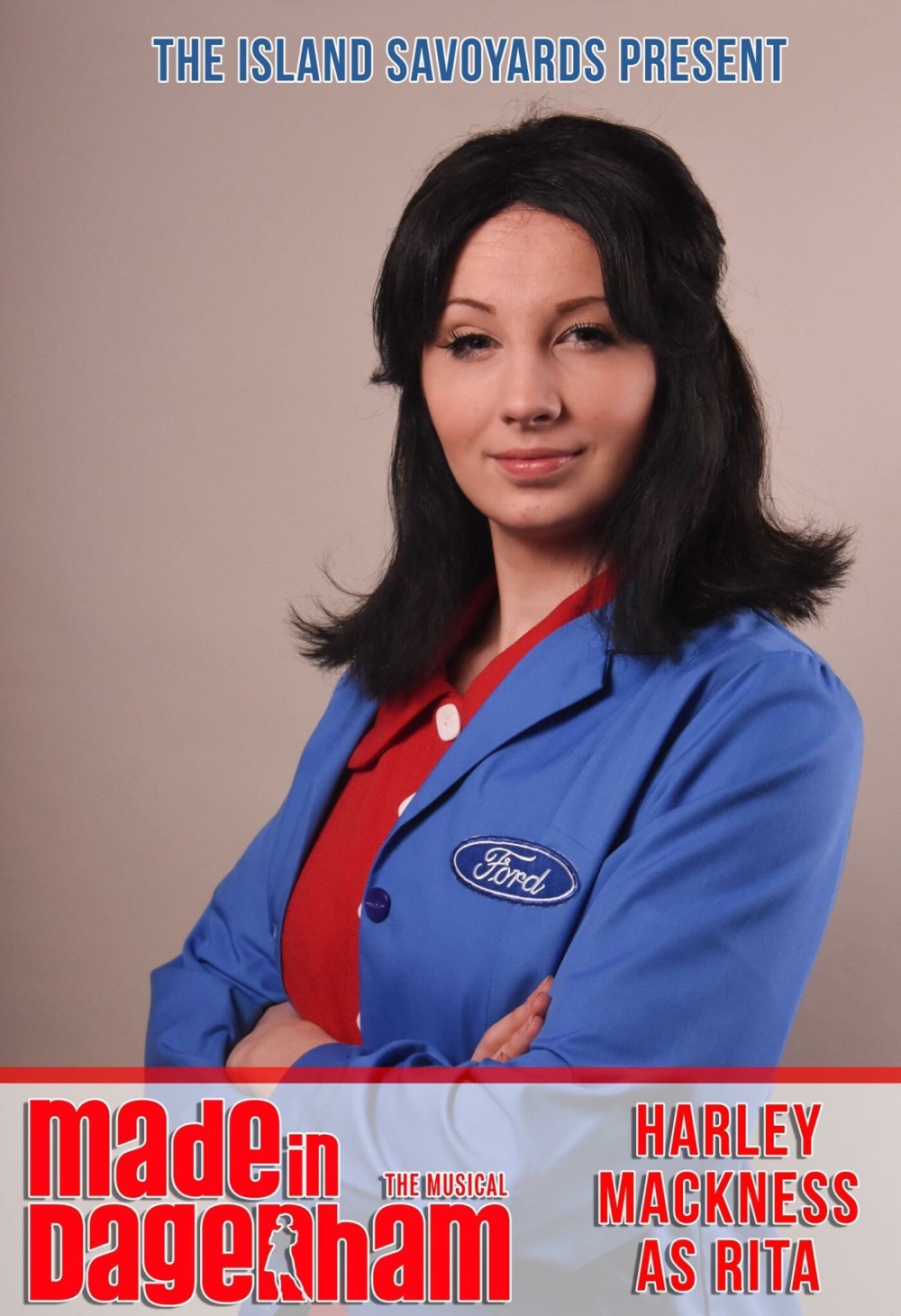 Luke Cumberpatch as her husband, Eddie O’Grady, was a worthy partner for Harley’s Rita, and his solo number – ‘The Letter’ – was arguably the most moving moment in the show, raw and affecting. Rita and Eddie’s duet, ‘I’m Sorry I Love You’, was another memorable moment, with clever choreography and offering an insight into the softer sides of these two turbulent characters. 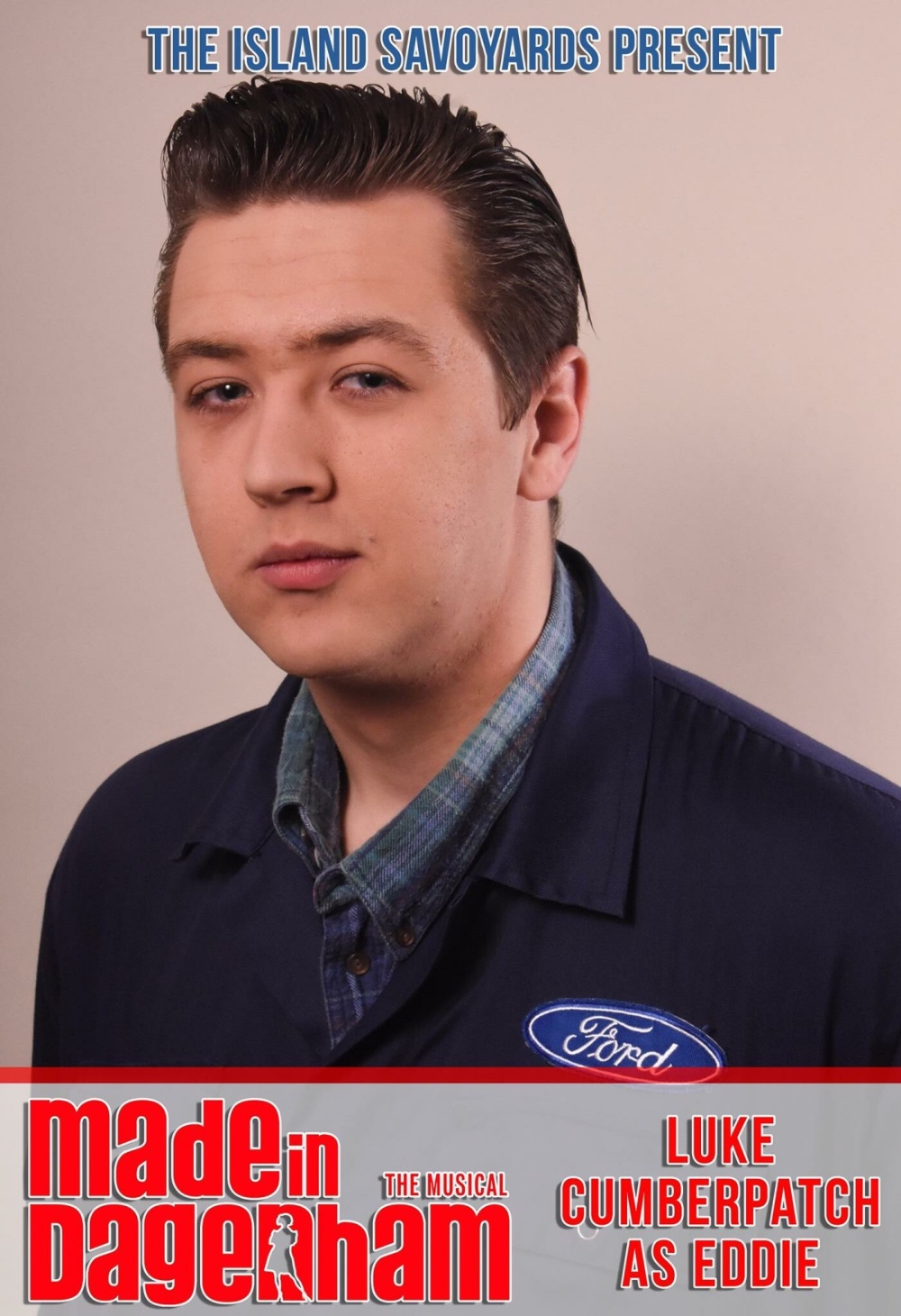 Here it is only right to mention Ebb Phillips and Kaitlyn Donavan as Graham and Sharon, the two O’Grady children. Tasked, alongside Harley and Luke, with opening the show in the number ‘Busy Woman’, the pair were absolutely fabulous.

One of the show’s most powerful numbers was ‘Same Old Story’, with a refrain that no doubt resonated with many of the audience. Charged with delivering it was Kim Ball as Connie Riley, who began the fight she charges Rita with finishing. Kim played Connie’s humour and humanity beautifully, and she acted as the perfect complement to the more outspoken women in the factory.

These women were all marvellous: Lauren Odell as Sandra Beaumont, Libby Pike as Beryl, Andee Lowthion as Cass and Marie Scott as Clare each had their moment to shine, and in particular the opening factory scene was a sequence that made each one of them – even the exceptionally foul-mouthed Beryl – endearing. The audience wanted them to win, was rooting for them to win. They were a strong set of characters, portrayed by an equally strong team of ladies, and the number ‘This Is What We Want’ showed off some impressive vocals from all of them.

Trying to represent the women in front of the ‘big bosses’ was Mark Waldron as Monty, who had some lovely scenes with Connie in particular, and he was offset by Johnny Jordan as Sid and Nathan Stubbings as Barry.

David Kast and Sharon Lock as Jeremy Hopkins and Lisa Hopkins were both brilliant, and their kitchen scenes were high points for both characters and actors.

Amanda Barnley was at her best as Barbara Castle, with a flawless accent and excellent comic timing, particularly playing against Rodger Hooper as Harold Wilson, whose number ‘Always A Problem’ with his three hapless aides (John Woodford, Paul Stevens and Jonathan Idle) was highly entertaining.

Comic turns also came from John Kerr as Cortina Man, complete with dodgy ‘tache, and Johnny Jordan as Chubby Chuff the stand-up comic, whilst Sarah Palette put in a brief but memorable appearance as the Club Singer. And a welcome cameo from Rene Mairis as Emmeline Pankhurst didn’t go unnoticed!

Meanwhile, so villainous he was booed in the finale was Rob Steele-Bingham as Mr Tooley, the egotistical American businessman whose hairdo and general demeanour seemed to be a not-so-subtle nod to Mr Trump himself! ‘This Is America’ was somewhat surreal and really rather bonkers, with Ronald McDonald, Mickey Mouse and the Stepford Wives all making appearances, but it was all held together by Rob’s superb vocals.

It’s impossible to list every member of the ensemble, but credit to all of them for their consistently high energy and tight harmonies, and kudos to Jake Alabaster for the choreography, which the cast delivered well throughout.

The set, costumes, make-up and wigs all served to enhance the performance, and the attention to detail with the styles and fashions of the time was great to see.

As always, the singing is only half of what makes the music in a musical so memorable and the orchestra, as always, were absolutely top dollar. From rousing fully orchestrated ensemble numbers to the simplicity of keys and a voice, there were some truly wonderful moments that must be credited to the musicians.

Made in Dagenham is not a well-known show but it’s an enjoyable one, and nor are all the songs toe-tapping hits but they fit right into the story and suit the feel of the production down to the ground…and you will come out singing at least one of them, which – in my book – is the mark of a good score.

Above all else, this is a real story about real people fighting a real battle, performed by a talented cast – and it’s well worth seeing, so pop along to Shanklin Theatre this rainy Easter Weekend and catch it while you can.