I always look forward to the next production from the South Wight Youth Theatre, and this was no exception. The mood was set by the band’s rendition of the well-known start to the Addams Family theme, reminding us of those familiar characters of TV and film, and preparing us for the appearance of Gomez and Morticia leading into the first number: When You’re An Addams.

The show focuses on one member of the family in particular: daughter Wednesday, played by the talented Willow Samuel – definitely one to watch, as she is honing and developing her skills show by show. Wednesday has fallen in love with – Oh horrors! – an ordinary boy from an ordinary family. Lucas is portrayed by Brennan Coe, another promising young actor, who did a wonderful job of creating a ‘normal’ foil for the madness of the Addams clan. In a nice touch, Lucas’s father was played with aplomb by Brennan’s younger brother Edan Coe, while the role of his mother Alice gave Eva Whitehead the chance to speak in rhyming couplets, dance and collapse on stage, all of which she did with excellent timing.

As for the rest of the ‘Family’, Michael Grist’s Gomez stood out for his wonderful singing voice while his wife Morticia, played by Francesca Toyne, had the exact poise and disdain we expect from this character – a poise broken only in the wonderful moment when she realised: ‘I’ve turned into my mother!”. Simon Apsey made a fabulous job of playing their son Pugsley, one of my favourite scenes being when he was being tortured by his sister as she sang – his reactions were perfect! 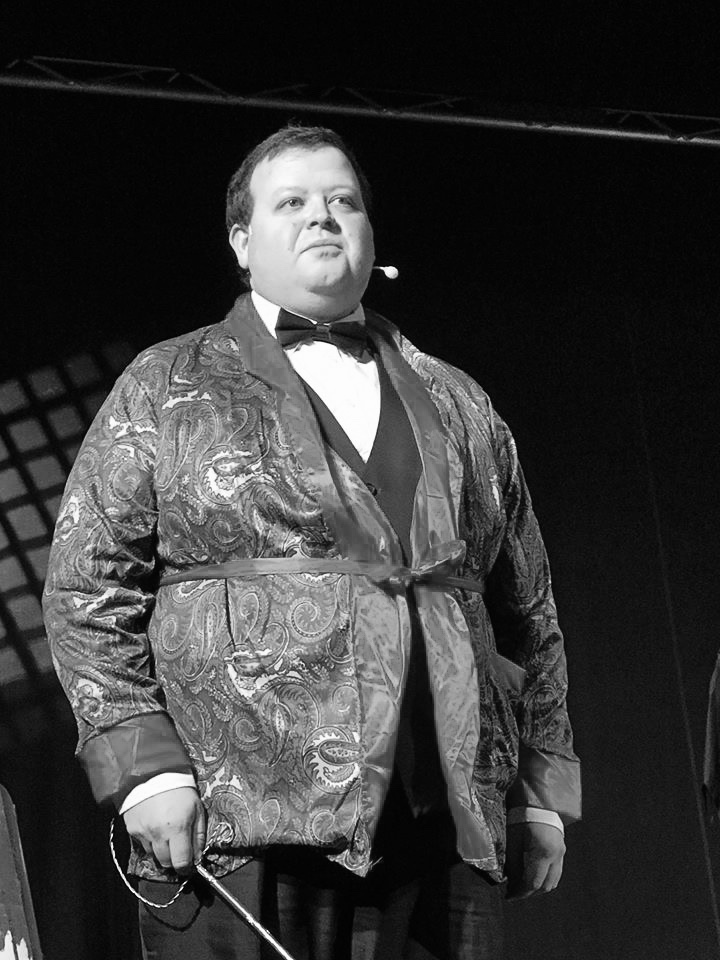 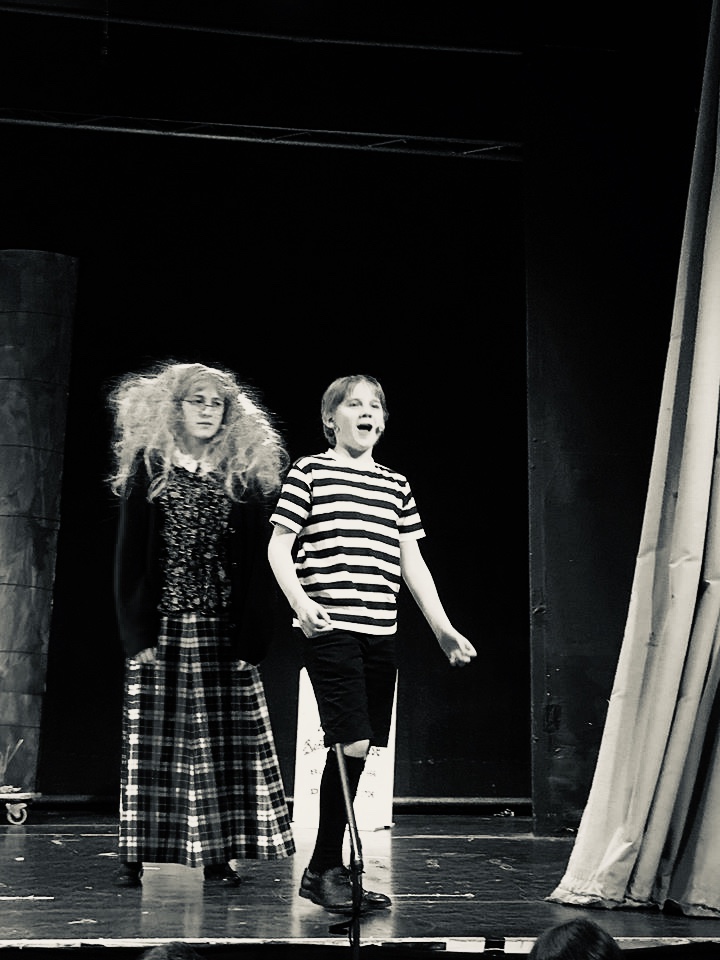 Every Addams was there – Ines Dali’s eccentric (even for this family) Grandma; Ben Granville as a surly Lurch and Will Foreman as Uncle Fester, delighting us with his dancing and declaration of love for….but I mustn’t give the plot away…

For me however, the best parts of the play were the ensemble numbers where the talented band supported enthusiastic dancing and singing from not only the main characters but the strangely attired Ancestors, one minute masquerading as trees, then next portraying, well, portraits, and providing the traditional Chorus role, commenting on the action and advising the characters. Jodie Addinall, Freya Fairhurst, Orla Gibbens, Olivia-Mae Gurney, Ebony Taylor and Beth Witham, many of whom have shone as main characters in other SWYT productions, gave this show a solid backbone with some lovely dancing, singing and reactions to the main action.

The show was directed mainly by members of the Youth Theatre, and while Ventnor Winter Gardens gave them a huge space which must have seemed daunting, and while there were a few first night blips – and a wonderfully unintentional loss of a dancing shoe! – they have done an amazing job.

I’d like to say a sincere well done to everyone involved with this wonderful production, and to encourage anyone who enjoys musical comedy and supporting the young talent of our Island to go and see it – from an audience member who went away singing and looking forward to the next SWYT show!

Tickets on the door or from Www.ticketsource.co.uk/Ventnorwintergardens