The latest Isle of Wight Shakespeare Company offering is…well… not Shakespeare. Instead, moving half a century or so on from the bard’s death, William Wycherley was writing for the Restoration Theatre, and any old hippies out there who thought they invented the permissive society in the 1960s need only come and see this play to realise permissiveness was out there and giving all it had back in the 1660s (ok, this play dates from 1675 but you get the point).

The Country Wife is a tale of a man pretending impotence to convince other men he is safe company for their wives…….. he isn’t! A tale of society ladies carrying on behind their rather stupid upper class husbands’ backs. A tale of the one and only (apparently) virtuous woman in London realising she is engaged to a ridiculous fop, when she really loves anther. A tale of a middle-aged man who believes that choosing a rather plain wife from the countryside would guarantee her innocence and purity even in the face of London temptations.

Sounds like a recipe for a hilarious farce? It is! From Sir Jasper galloping across the stage in a hat with antlers while his haughty American tarts of a wife and sister examine the contents of Mr Horny – I mean Horner’s – er, “china cupboard” (well, he has to have something to keep his family jewels in) to a pure country wife miming Divinyls’ ‘I Touch Myself’ using a hairbrush as a microphone, there are laughs all the way. It would be unfair to single out specific actors for praise in this – it is truly an ensemble show and each individual character complements the others perfectly.

Add in a servant who is usually to be found in the background caressing a chair or in handcuffs; a case of mistaken identity; action sequences complete with live slow motion and action replay; assault by butternut squash, and a typically farcical contrived ending – well, you get the idea.

Interestingly, unlike modern comedies, no one really gets their comeuppance. At the end of it, we are left with the distinct impression that the madness is set to continue – if the participants still have the energy!

Wycherley would have loved it – so would Shakespeare – and so did I !!! 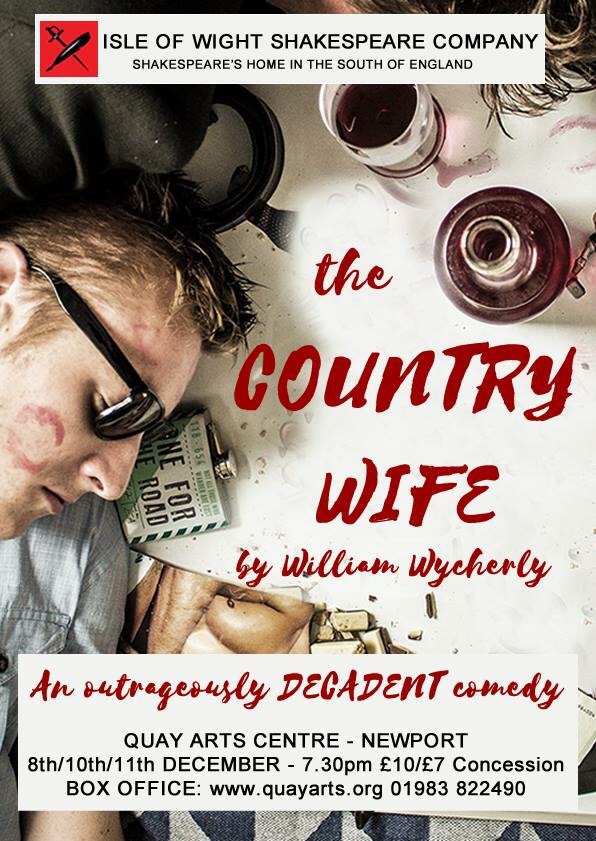