Chuckles at the Cemetery

At first glance, the subject matter of Ivan Menchell’s The Cemetery Club does not sound all that cheerful: three Jewish widows in New York create a club that meets once a month to visit the cemetery where their husbands are buried. 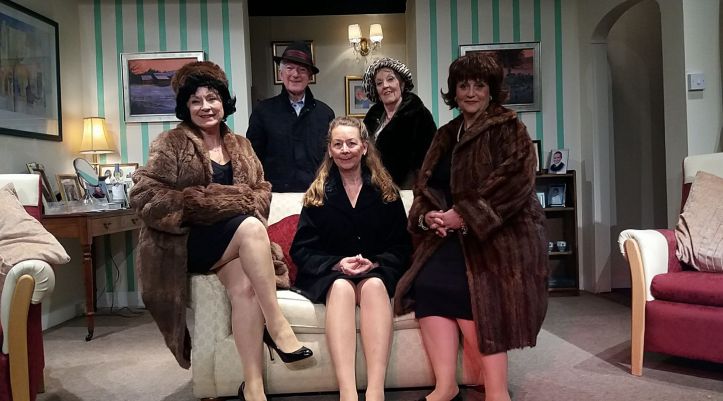 Set in only two locations, with just five characters and some potentially tricky subject matter, it’s easy to see how the humour could be lost in the wrong hands. It hinges on the dynamic between the three woman – Ida, Lucille and Doris – at the centre of the story and, cast wrong, the play could easily fall flat.

Thankfully, at Bembridge Little Theatre Club, the casting of these three roles was spot-on. 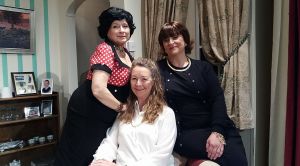 Martie Cain was outstanding as flirtatious, vivacious Lucille, a woman who purports to want more than  mourning for the rest of her life – but when push comes to shove, she is as sensitive as her friends. Particularly poignant – without spoiling the plot! – was Martie’s performance towards the end of Act II,  when you could have heard a pin drop in the audience.  Martie’s range as an actress is excellent, and as Lucille she was a whirlwind of energy, with a presence that made the audience smile before she so much as uttered a word.

Alongside her was Olivia Pike as Doris, a woman hung up on her late husband and his absence from her life. Olivia’s accent was as impeccable as her characterisation, with not a vowel out of place throughout. Although Olivia commanded many of the production’s more sombre moments, particularly during the cemetery scenes, she also delivered some of the best one-liners, too, with her effortlessly dry delivery causing many a snigger. Equally at home with visual comedy as she was with verbal, one of Olivia’s most memorable moments was undoubtedly when she produced cake, chicken wings and a veritable fruit hamper from her handbag!

Caught between the extremes of Lucille and Doris was Ida, played by Jane Robert, who was trying to work her way through the guilt and anxiety borne out of finding herself with a new man in her life, namely Sam Katz, the local butcher, played by Brian Wilson.

Jane was a solid, likeable presence in the role of Ida, often forced to mediate between her two friends’ differing opinions and with large chunks of dialogue throughout. Jane’s finest moments, however, were when the script gifted her some comic moments; in one scene, drunkenly trying to find the light switch, and in the next making her painful way down the stairs with an ice pack to her head and a look on her face that brought sympathetic flinches aplenty from the audience! 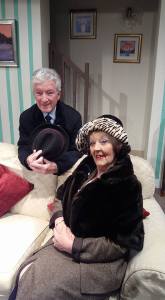 Brian Wilson and Dianne Aspinall, as Sam Katz and Mildred Cohen respectively, were great in their supporting roles; Brian’s facial expressions, particularly in response to Lucille’s brooch, were highly entertaining, and Dianne’s portrayal of chatterbox Mildred, a spanner in the works of the budding romance between Ida and Sam, was excellent.

The play veered between light-hearted banter and high emotion as the friends worked through the various stages of their grief; having all lost their husbands at different times, clearly the three women were all at different points in the grieving and healing process and it caused more than one fall-out between the characters as they struggled to understand each other’s point of view. In particular, the argument between all three women, following Doris and Lucille’s interference in Ida’s love life, was superb.

At times, in Act I, the pace did drop, as occasionally did some of the accents, but this perhaps can be attributed to a few first night nerves – certainly, the cast each had plenty to remember, with only five cast members and three of those taking the lion’s share of the dialogue! By the end of Act I, however, and throughout Act II, these were banished and the production flowed with ease.

Special mention must go to the set, designed by John Hammond, which was vibrant and immersive. No detail was too small: family photos on display, a window built into one side of the set, shoes under a chair, it all compounded to set the scene and make the characters’ backstories feel more three-dimensional, allowing the audience additional insights, particularly into Ida’s way of life.

All in all, The Cemetery Club was an enjoyable piece of theatre, and congratulations must go to director Barry Aspinall, the cast and the crew for all their hard work – it most certainly paid off.

The Cemetery Club by Bembridge Little Theatre Club has two more performances to go, on Friday 7th April and Saturday 8th of April at 7:30pm, at Bembridge Village Hall. Tickets are £7 and doors open at 7pm.