English Heritage is teaming up with the Islands local theatrical talent to bring together a production of Shakespeare’s comedy, The Merry Wives of Windsor. The production will be set traditionally in the atmospheric surroundings of Carisbrooke Castle. 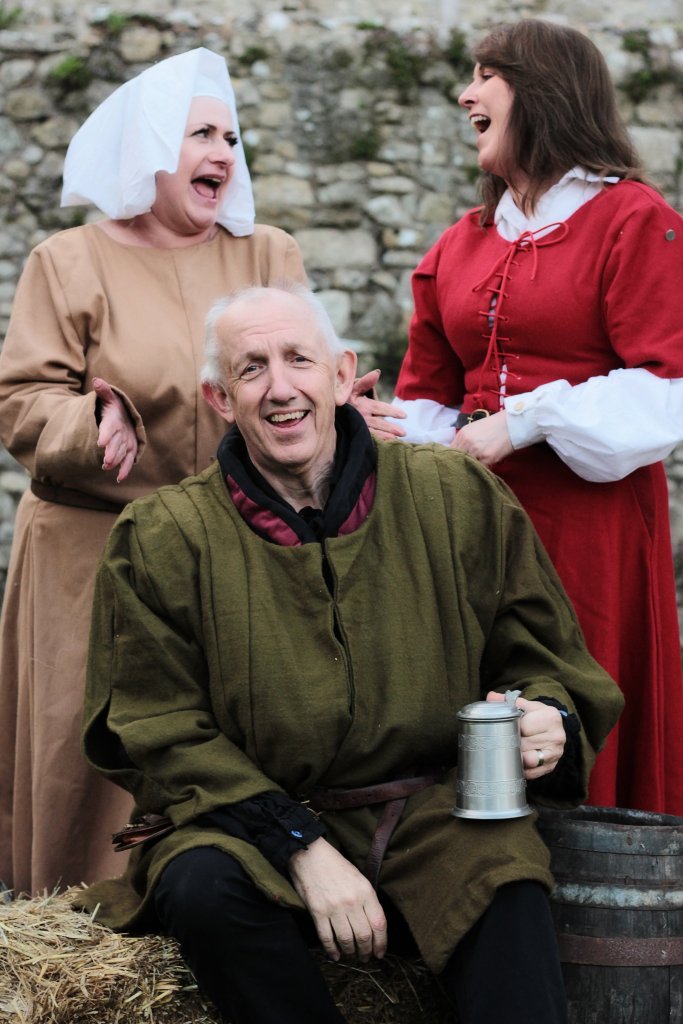 Carisbrooke’s connections with the Bard are largely unknown, some historians believe that The Merry Wives of Windsor was commissioned as entertainment for the 1597 Order of the Garter feast in which one of Carisbrooke’s former residents Sir George Carey, 2nd Baron Hunsdon was invested. Sir George made many alterations to Carisbrooke Castle, improving the accommodation and strengthening the fortifications in the event of invasion. During his long career he would assume the role of Lord Chamberlain. The Lord Chamberlain’s men was founded under the patronage of Sir Georges father Sir Henry Carey, who took charge of court entertainments. On his death the company briefly become The Lord Hunsdons men until Sir George himself took up position of Lord Chamberlain. The Lord Chamberlain’s men would go on to incubate the talents of William Shakespeare and held exclusive rights to perform his material, later King James 1st would go on to patronize the company earning them the name The Kings men.

On July 8th Sir George Carey himself, along with his royal cousin Queen Elizabeth 1st will be hosting – as we bring the The Order of the Garter feast to life.

Gates will open at 7:00pm.  The performance will start at 7:30pm and will run for around 90 minutes with a 15 minute interval.