It would be hard to contemplate a February Half term without the annual Wight Strollers pantomime. It has become such a fixed point in the year for so many theatre goers (young and old) that no February would be complete without an injection of Strollers magic. 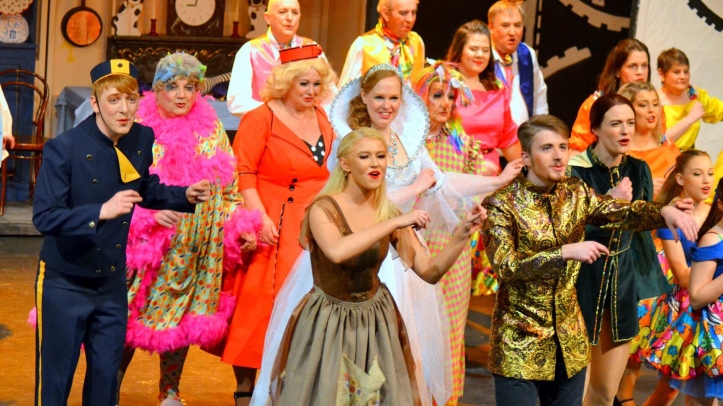 I think before I begin my review it’s important to appreciate the Strollers’ commitment to professional quality theatre, their dedication to Island charities and their inexhaustible talent for creating a spectacle.

This year’s pantomime was an old favourite: Cinderella. We all know the rags to riches story of the downtrodden Cinders and the wonderful way in which her fortune changes. But this wasn’t your average Cinderella production – the script, having been written by Sarah and Emily Scotcher, was infused with comedy to suit all ages, characters were well-defined and the opportunities for improvisation were in abundance.

Alongside the script, the production boasted extravagant and impressive costumes and a set that was nothing short of a visual spectacular. Of particular note was the opulent ball room, complete with elaborate candelabras and a stunning clock face. Furthermore, the transformation scene, which included a beautifully well behaved pony by the name of Hercules, stunned the crowed.

All the production elements came together with professional integrity and continuity.

Izzi Rudd performed the title role of Cinderella and it’s not hard to see why she was chosen: she brought a beautiful delicacy to the role, most befitting to a deserving princess. Although clearly a talented actress, the audience couldn’t help but marvel at the way in which Izzi danced, a talent clearly defined by the production’s beautiful choreography. Casey Delaboud won over the audience with his portrayal of Prince Charming. Casey has gone from strength to strength since joining The Wight Strollers and his performance was witty, strong and charismatic. 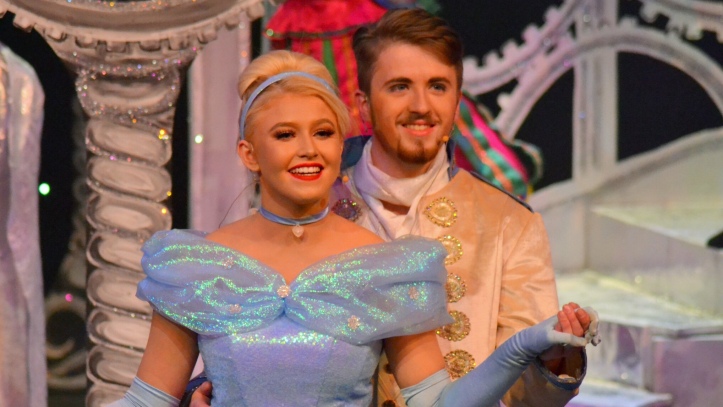 The handsome couple were complimented by Emily Scotcher, (Dandini) and Michael Mullin (Buttons). Emily is no stranger to playing a panto Princess but her comic portrayal of Dandini, the Prince’s loyal and realistic servant exposed Emily’s versatile abilities. Michael’s forte for comedy was cleverly utilised in the production’s script, and his ability to improvise and his sharp comic timing was a definite crowd-pleaser – we love you, Buttons!

Of course, no pantomime would be complete without the dame, although in this production the audience were spoilt with two, Pansy (John Woodford) and Petunia (Andrew Wilson-Jenner). Individually fantastic, the comic duo worked off each other perfectly, delivering perfectly timed jokes and hilarious physical comedy. I particularly enjoyed their relentless stalking of the audience. 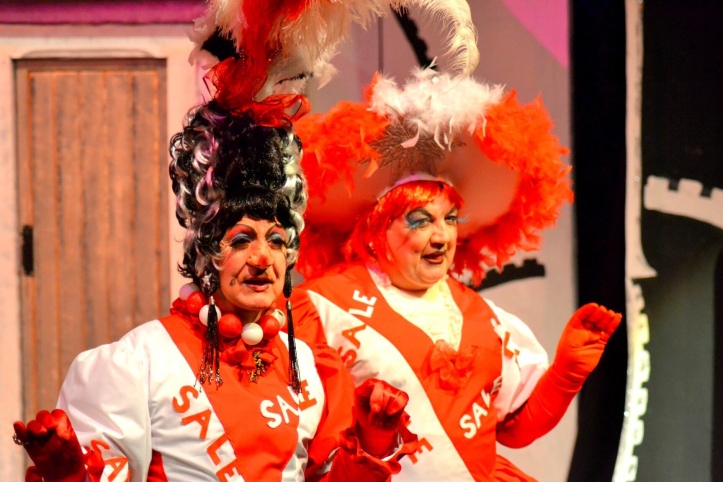 David Kast as the bullied Baron Hardup had crystal clear diction and powerful stage presence while Nicola Chastney was heart-warming as the Fairy godmother.

The show was glued together by the prominent Storyteller, performed by Sarah Scotcher. Sarah’s interaction with both the audience and actors proved to be hilarious and always perfectly timed, and her watchful eye enabled the pace of the production to remain at a comfortable pace.

The principles were supported by a fantastic chorus, whose energy, passion and talent set the standard from the moment the production began.

My final note on the production would have to be: if you wish to know the true function of a wooden spoon then you need to catch the next performance this coming weekend.

Cinderella’s final two performances on Saturday 17th February are sold out! Please contact Medina Theatre on 01983 823884 for any returns.