The concept of a comedy show that looks behind the scenes of an amateur production is currently a popular one, with ‘The Show That Goes Wrong’ a well known example. Lisa Creggwood, writer and director of this original show, has put an original spin on the idea in ‘Our Skool’s Nativity’. Rather than a show that ‘goes wrong’, we are taken backstage in a school preparing to put on a traditional nativity play – at least that’s what the headteacher thinks! 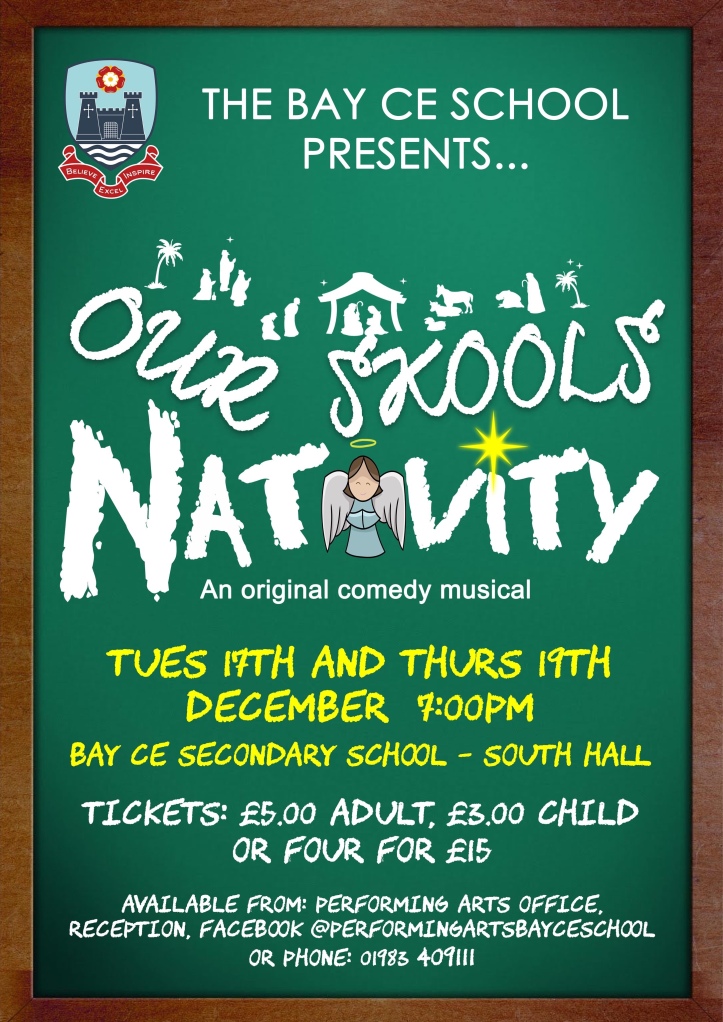 The central characters are well cast, with some very talented actors: Chantou Spit is a suitably authoritative head who believes her Catholic school must give the show the governors expect, while initially downtrodden drama teacher Mr Wrigley is superbly portrayed by Brennan Coe – his metamorphosis into a vibrant director encouraged and aided by Toni – a high energy performance by Daisy Gullen who, like many of the cast, showed off a beautiful singing voice.

Once auditions for the ‘traditional’ show begin, several of the cast show their comedic skills, trumped by Sarah Jukes’ delightfully nervous Angel whose unleashing of her singing talents immediately secures her the role of Mary. Add in Louie Parr – another lovely comic turn as the gum-chewing Billy who is cast as Joseph, and the core of the nativity is there.

The play then follows the rehearsals as the staff and students subvert Mrs Bevans’ instructions and secretly rehearse a modern version of the Christmas story, complete with rap and fully choreographed musical numbers, which are a credit to the hard work of the actual students in the cast and the production team.

In fact, the show’s strength really lies in the talent and dedication of the whole cast, from the singing of individuals such as Esme Barclay-Jay as the Star to the harmonies of the school choir whose rendition of Mary’s Boy Child was a highlight for me; from the comedic talents of Eloise Wardle as a rapping Angel Gabriel, to the stage presence of the supporting cast, always in character and looking as if they are having a fantastic time on stage. Their entertainment value and enthusiasm ensure the audience too have a fantastic time! 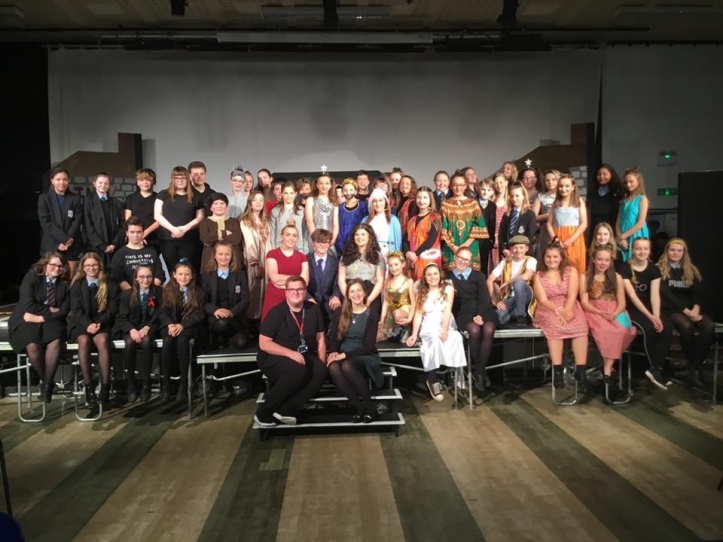 All I can say to sum up, in the words of grumpy journalist Simon Sparks (a marvellous cameo from Leo Fitzpatrick) is “I don’t often say this, but I give it six stars.”

‘Our Skool’s Nativity’ has one more performance at The Bay CE School Secondary Site in The Fairway, Sandown, tomorrow (Thursday) at 7pm. At just £5 a ticket, come along and enjoy the music, acting and a festive laugh – you won’t be disappointed!