A production devised by the students of Sandown Bay Academy, with support from Mrs Creggwood and Mr Alabaster, Behind the Rainbow told the story of a school striving to put on a production of The Wizard Of Oz, following the cast and crew from auditions to opening night, with all the ups and downs and in betweens of the rehearsal process thrown into the mix along the way.

From the perils of trying to costume a large cast on a budget to a truly hilarious slapstick first aid sequence, everyone that was responsible for delivering the comedy did so with confidence and skill; the observational humour that ran throughout was perfectly pitched, and the pace was superb. What a promising team of young performers indeed.

Finley Wanstall gave a standout performance as harried teacher, Mr Bulmer; his mannerisms were spot-on and he lit the stage with his charisma, whether he was fainting at the sight of blood or giving study advice to a struggling student. If Finley himself ever wanted to become a teacher he would no doubt be a firm favourite with every class he taught!

Alexis Mackness as Emily, the student playing Dorothy, demonstrated not only a lovely singing voice but also excellent comic timing, particularly when trying to convince an exceptionally cowardly last-minute lion to sing his song!
The dynamic fight between Samuel Laughton and Andrew Swallow as Dillon/Scarecrow and Luke/Tin Man as they fought over the affections of Jess/Wicked Witch was slapstick humour at its best, with both boys giving strong performances throughout.
Completing the famous trio that accompanies Dorothy to Oz was Brennan Coe as Cedric/Cowardly Lion. Complete with a bath mat on his head, Brennan’s performance was anything but cowardly…but he never made it to Oz. Instead, ‘stage manager’ Gareth (played by Nathan Downes) was forced to fill in at the last minute – and his performance of ‘If I Were King of the Forest’ was a real feel-good moment.
Millie Scott as Jess/Wicked Witch and Sarah Withall as Eliza/Glinda were both perfectly cast, and Millie’s powerful voice during her number, ‘Red Shoes Blues’, was on top form, and Glinda’s self-provided special effects with a bubble machine brought an unexpected laugh from the good fairy.
And who knew that a bark could be so entertaining? Leon King as Sam/Toto was a comic delight, cheeky and endearing in equal measure with his ill-timed barks, particularly during the first attempt at singing ‘Ding Dong the Witch is Dead’.
Joining the ‘character’ members of the cast as members of the school’s production team were Reannon Potts as animated choreographer Louisa, Lauren Thomson as deadpan set designer Sally and Ellie Ahronson as the outlandish costume mistress Shaniqua, all three memorable, with particular highlights being ‘Follow the Yellow Brick Road: Vogue’, the attempt to make Munchinland monochrome and the dance break in ‘Jitterbug’ after Louisa relegated most of the rest of the cast to the role of ‘trees’.
The supporting cast, in cameo roles, as dancers and as the chorus, were all excellent, with nobody vying for attention and everybody given their moment to shine. Credit must go, in particular, to everyone involved with the chaotic ‘opening night’ sequence, which saw the characters dealing with everything from missing props to sick buckets to malfunctioning smoke machines – it was a laugh-a-minute scene that would resonate with anyone who has ever set foot backstage at a school production!
The set was colourful, the costumes equally so, the numbers were punchy and it was clear just how much work had gone into making the show a team effort, from Kansas to the Emerald City.
But what was most striking about this production was the vibrant energy of the cast, from start to finish – their clear camaraderie and their love for performing was a joy to see in a show that was an excellent comedic tonic to a dreary January day. Congratulations to all at Sandown Bay Academy on a fabulous production – and long may they continue to have that passion for performing, because that stage was packed with talent. 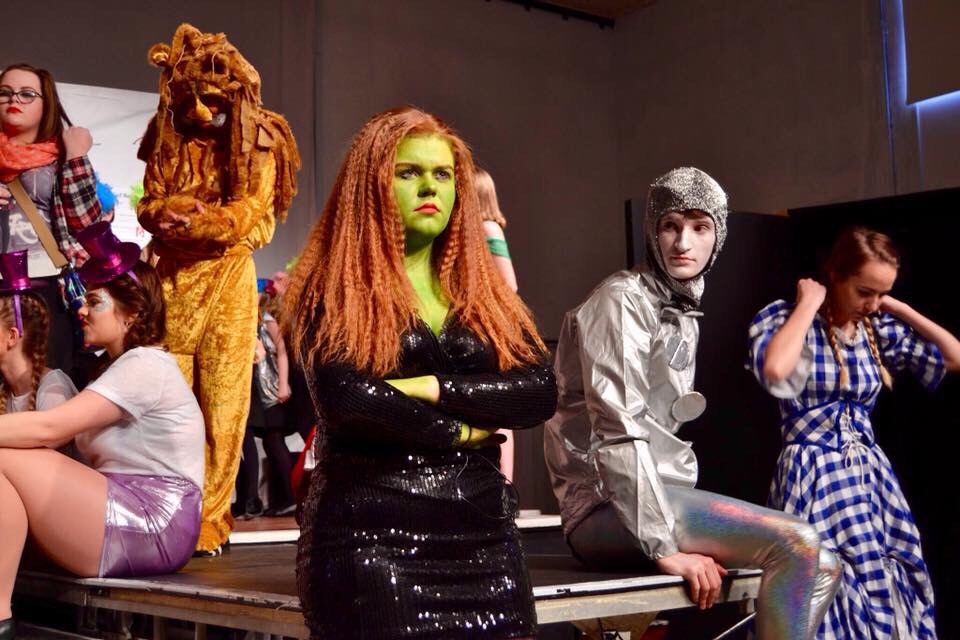 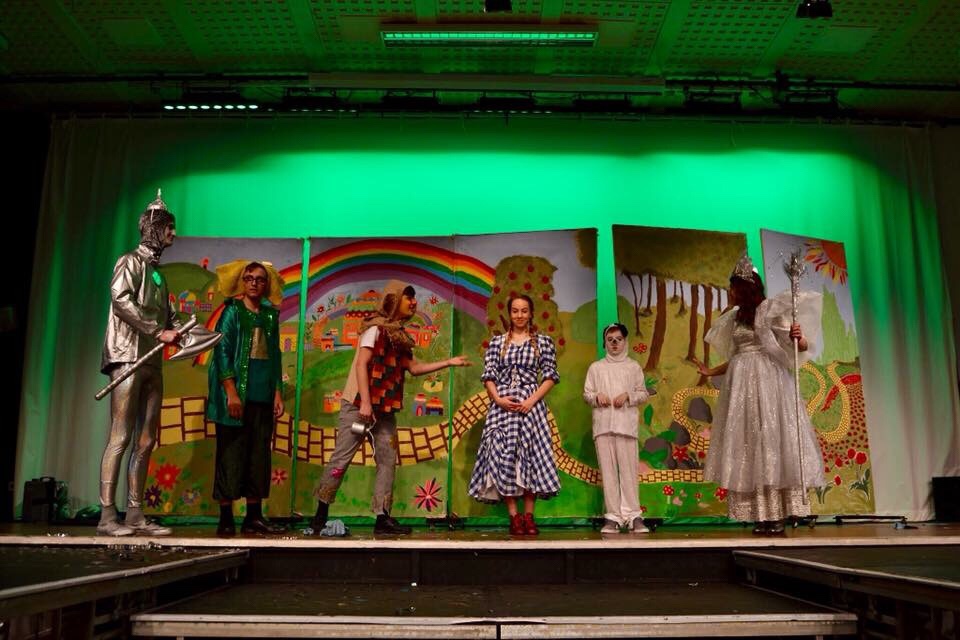