Like many of us, I have missed theatre over the past few months: the stress of auditions, learning the songs, trying to learn lines, forgetting all the lyrics and tunes as soon as you try to dance as well…. rehearsals, getting it wrong, director throwing a fit, realising it’s dress rehearsals next week and performance the week after – oh my God! Then watching it all come together just in time for first night and all too soon the hugs and congratulations as the final performance ends….

….and attending and enjoying shows and being asked to review them of course.

So first of all, the whole idea of getting a show together online and inviting local talent to send in self-filmed performances seems a great way of helping thespians deal with the withdrawal symptoms, but surely one person singing into their phone in their bedroom isn’t going to match up to a real life stage stage show, right?

Wrong. Talent, it seems, is talent wherever and in whatever form it is captured. And talent is in plentiful supply around here. Around 30 separate performances made up this very special and entertaining show, featuring a wide range of Islanders with two things in common – talent and residency on our lovely Island.

I usually try to mention all performers when I review a show but the sheer number of participants in this concert means the review would be several yards long, so I apologise in advance for not naming everyone – I was entranced and entertained by each and every one of you.

Instead I’ll try to give a flavour of the variety of contributions: even in terms of actual filming we had everything:  a capella renditions of songs from Les Miserables and Phantom filmed in a car; very skilfully edited together footage enabling singers to duet from individual homes; soloists singing to backing tracks; an except from ‘Beyond the West End’ onstage; duetting sisters actually in the same room, and even a whole orchestra made up of… one person! 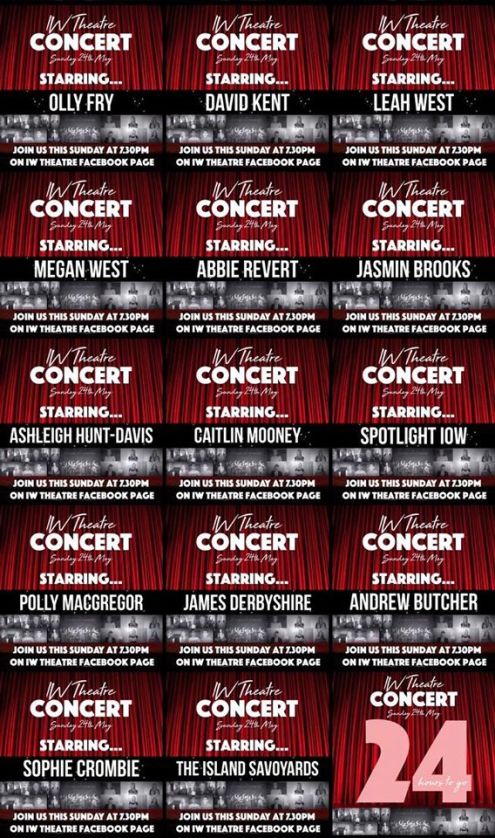 Although the theme was songs from the musicals,, the variety here was huge too – the pathos and soaring vocals of ‘If I Can’t Love Her’ from Beauty and the Beast; historical challenges being thrown out by six vocalists singing ‘Ex-Wives’ from..er…Six; the optimistic duet ‘For Good’ (Wicked); an emotional rendition of ‘Out There’ (Hunchback of Norte Dame); the cheery ‘I Could Have Danced All Night; humorous indecision from ‘Ready Set, Not Yet’; the fantasy of ‘Once Upon a December’ and the celebratory ‘Sing’ by Gary Barlow and Andrew Lloyd-Webber. The light-hearted ‘Suddenly Seymour’ contrasted with the heartfelt ‘I Still Believe’ from Miss Saigon.

But that’s not all: there were the young talents of Theatretrain (showing the Island theatre community has a very bright future!) not only singing but reminding us of the reason all this had to be online by thanking key workers; performance poetry; dancing, and a hilarious comedy trio!

Brilliant from start to end, the concert, ably hosted by Andrew Woodford and Joe Plumb, has everything a staged concert should have, even, courtesy of a few excepts from shows previously staged on the Island, an overture at the beginning and a finale at the end! With the added bonus that you can still see it as many times as you like via the IW Theatre Facebook page at here.

The next show is in the planning stage – with a film theme this time – and so many talented people have registered to perform that registration closed earlier than expected. So give yourself a treat and catch the new show from Sunday 14th June, premiering live at 7.30p on the IW Theatre Facebook Page – but while you’re waiting, have a look at this one! 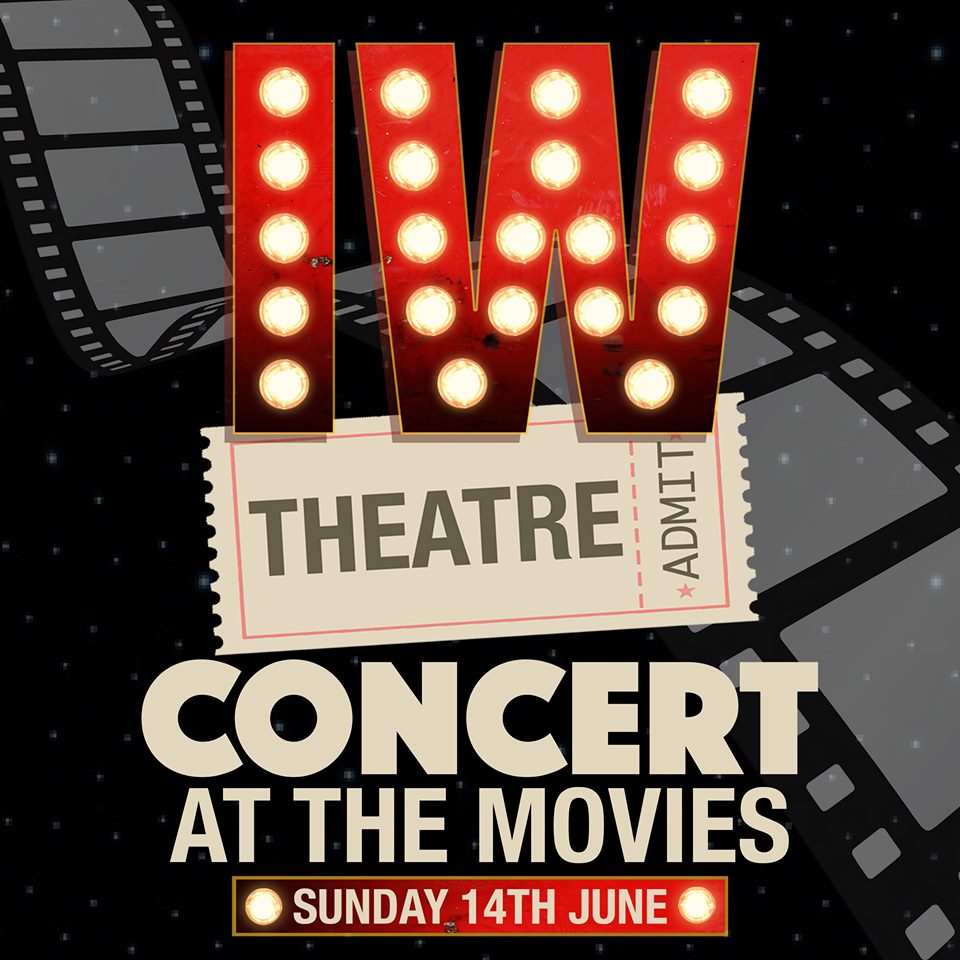