It seems unfair to label a piece of theatre like Just A Few Words ‘important’, a description often associated with dry, joyless productions that take themselves far too seriously. But Island-raised Nye Russell-Thompson’s one-person show about a young man dealing with a stammer certainly isimportant, precisely because it is the opposite of all that: warm, inclusive, playful, poignant, and very, very funny.

The hour-long piece, which began its development when its creator was a student at the University of Chichester, has travelled to Ventnor Exchange, Belfast’s Lyric Theatre, London’s Southbank Centre and the Edinburgh Fringe Festival, where it picked up a nomination for the Total Theatre ‘Emerging Artist’ award – and last Sunday arrived at Newport’s Quay Arts Centre for a special performance on International Stammering Awareness Day. Drawing on Nye’s own experiences of living with a stammer, Just A Few Words cleverly interweaves a range of theatrical devices and narrative layers to tell the story of its central character’s struggle to say ‘I love you’ to his girlfriend. 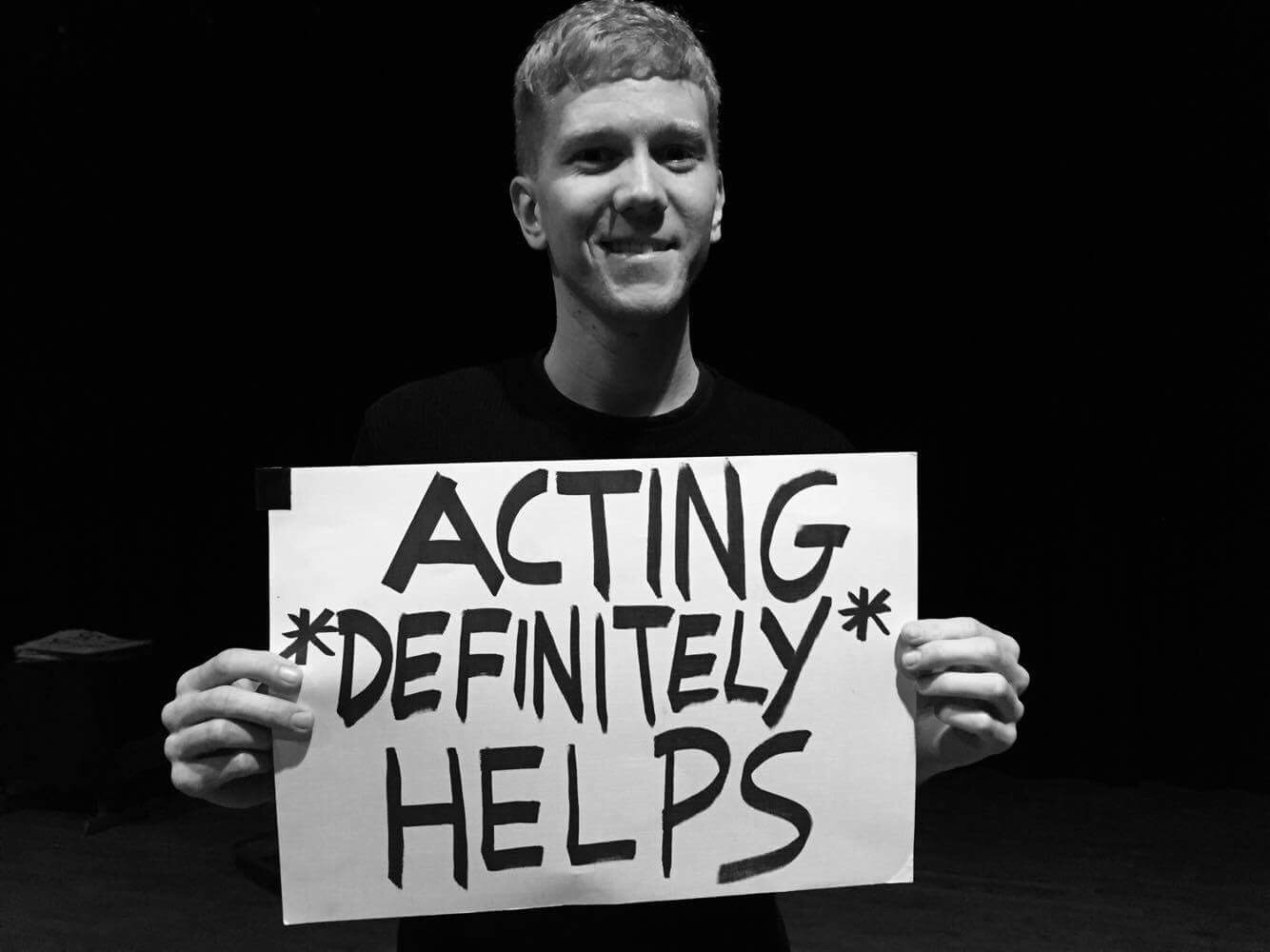 Supported by the British Stammering Association, the show hinges on the interplay between the protagonist’s intermittently faltering attempts at verbal communication and a series of pre-written cards which silently unspool his internal monologue, veering between quirky humour and frustrated self-loathing. Throughout, Russell-Thompson proves adept at winning the audience’s trust with clever, endearing moments of comedy before performing a sharp handbrake turn into more serious terrain, with the ever-present background scratching of a broken record underscoring the feelings of isolation and frustration explored in the piece’s more poignant moments.

At the close, Nye (AKA Stammermouth) returned to the stage for a Q&A session hosted by Quay Arts Artistic Director Paul Armfield, opening up a warm and inclusive discussion on disability, theatre and the universality of the struggle to communicate with others. It was at this point the value of Just A Few Words became even clearer, as an audience with varying degrees of experience with the subject engaged in a considered and positive exchange of views about how it feels to navigate the world as a person who stammers, and how those who do not can help to include and support those who do.

Perhaps the only slight disappointment was that this hugely entertaining and affecting production deserved a bigger audience than it got – but with Russell-Thompson’s burgeoning reputation as one of the most exciting, promising young writer/performers in the industry, that is likely to become an increasingly rare occurrence. Be sure to keep an eye on IW Theatre for his next return to the Island – Just A Few Words is hilarious, thought-provoking, unmissable theatre. 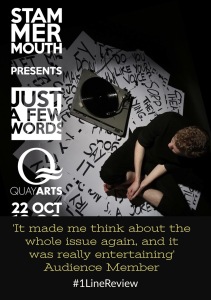 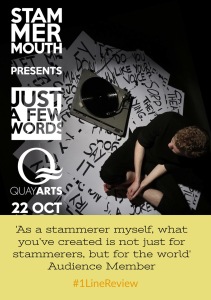